UFC title challenger Taila Santos will undergo surgery after being left with a gruesome eye injury in defeat to Valentina Shevchenko.

The Brazilian challenged flyweight queen Shevchenko at UFC 275 in Singapore and and suffered a contested split-decision loss.

Santos suffered a setback in round three after an accidental clash of heads.

Still, she pushed the champion all the way only to narrowly lose on the cards.

But the collision earlier in the fight resulted in a broken orbital bone under the right eye and visit to the hospital.

Santos was transported to a local hospital immediately after the loss but has chosen to go under the knife in Brazil. 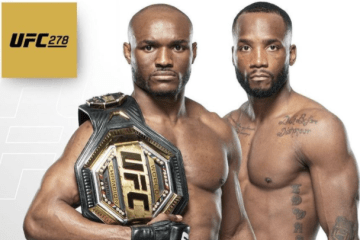 “To have surgery here, and God knows how long we’d have to stay and how the recovery would take, or wait two weeks for the swelling to reduce a little bit and then have the surgery.

“The doctors said the long flight would not be a problem, and we would have a better support back home, since [Santos] would only stay with one person [in Singapore].”

Several scored the fight in favour of Santos, 28, causing Shevchenko, 34, to defend the result in the post-fight press conference.

She said: “I did everything I had to do.

“I had challenging fight. I had five rounds, and this is exactly what I wanted, an opponent who is not giving up in the first second and goes until the end.

“In this kind of fight you can show what you’re made of. Your character, your mindset. No matter how hard, no matter how difficult.

“She was inactive, and me being even in that position I was striking and I was feeling the power of the strikes and I felt how she treated because it was hurting her.

“This is what counts the most in mixed martial arts, is damage.

“I could even feel in the fight round-to-round you could see more damage showing on her face more and more.”