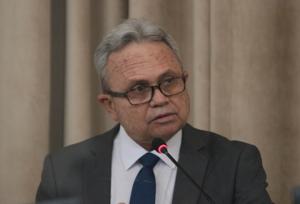 The Ministry of Finance yesterday reported that T&T’s deficit for the 2022 fiscal year, which ended on September 30, 2022, has been revised downwards to 0.2 per cent of gross domestic product (GDP).

The ministry said it is now in receipt of the final figures for the actual revenue collections in Fiscal 2022, up to the end of September 2022.

“In essence, we have achieved an almost balanced national budget in Fiscal 2022, something that has not occurred in Trinidad and Tobago since 2008, 14 years ago,” said the Ministry of Finance.

The deficits since the 2016 fiscal year have been as follows:

The fiscal deficits between 2016 and 2021 would have resulted in an increase in T&T’s debt, as the Government borrowed from domestic and external sources to fill the gap between expenditure and revenue.

The Government would also have tapped the Heritage and Stabilisation Fund to fund the deficits, especially in the 2020 and 2021 fiscal years, caused by the Covid-19 pandemic.

In delivering the 2023 budget on September 26, 2022, Finance Minister, Colm Imbert, said the invasion by Russia of Ukraine in February 2022, heightened the supply constraints already affecting the global economy because of Covid-19, causing an escalation in commodity prices.

He said all of the petrochemical commodities that T&T exports experienced price increases in the 2022 fiscal year, including oil prices, which doubled, ammonia prices, which increased by 300 per cent in one year and the price of Urea increasing by 100 per cent.

“Henry Hub natural gas prices which had crashed and reached as low as US$1.63 per MMBtu in June 2020 at the start of the pandemic began an upward trend in 2021 and have remained at elevated levels following the Ukraine war – exceeding US$9.00 per MMBtu in early September 2022, and still close to US$7.00 per MMBtu today,” Imbert said in the budget speech.