SISTER Wives patriarch Kody Brown is being slammed by fans for seemingly failing to address or acknowledge his child Leon’s transition.

Meanwhile, in the hours since the Sister Wives star, who was formerly known as Mariah, revealed that their name is now Leo or Leon and their pronouns are they/them, support from strangers online has been overwhelming.

Almost immediately, Leon’s mother, Meri, “liked” the social post. However, the supposed lack of acceptance from dad Kody did not go unnoticed by fans online.

“It’s heartwarming to know that Meri is supportive,” one fan shared on an online discussion board. “God knows Kody likely isn’t. Leon deserves everyone in their corner.”

“I love that Meri already liked their post,” another added. “Meri has come such a long way in accepting her child and Leo has overcome so much to accept themselves.” 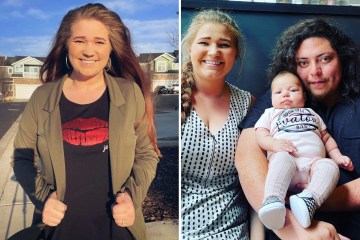 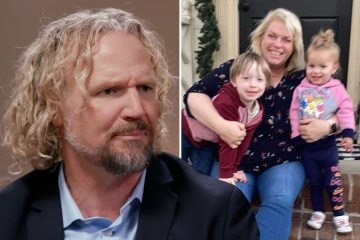 But where there was praise for Meri, there was condemnation for Kody.

“Am I the only one wondering how still tolerant Kody and Robyn will be about this?” one person asked. “I remember that after the coming out of (then) Mariah, Kody said that he himself had even more issues with it than Meri.”

While another added: “I often wonder how Kody really feels knowing his history, background, upbringing, and constant need to prove he is a man.”

In a personal and revealing Instagram post, Leon smiled, while standing in a doorway wearing shorts and a shirt.

“Someone recently told me that i didn’t have to have all of my s**t figured out in order for me to share myself with the world,” Leon wrote alongside the snaps.

“So here’s me, definitely not having almost any of my s**t figured out, to let you know that i am trans. my name is Leon or Leo (i love both) and my pronouns are they/them.

“I remember the first time that i knew i wasn’t a girl. i was pretty young & unfortunately i grew up in a context that was incredibly gendered & restrictive.

“so i continued to be socialized as a girl & later a woman. and here’s the thing, i’m finally ready to share my favorite self with the world. and that self is incredibly genderqueer, trans, and unapologetic.”

Leon – who is engaged to Audrey Kriss – went on: “Being queer & trans are definitely some of my favorite parts of myself. a

“And yet, there are so many things that i am learning to love about myself through this process.

“Here’s to me getting to know myself, share myself, and continually evolve to be the person i am, to be my favorite self in all contexts.”

They concluded: “I’m sharing this part of myself to let folks in, and also to set some boundaries.

“If you choose to not use my correct name or pronouns, then you do not need to speak to or about me. my name is Leo or Leon, and my pronouns are they/them. please only refer to me in that way.”

Leon got engaged to Audrey in March 2019 after around two years of dating.

Audrey came out as transgender in a lengthy message to fans in December.

They wrote: “Hello friends! I just wanted to let you know that I am transgender and my pronouns are they/them. I’m still going by Audrey.

“I don’t want to hide myself from the world anymore. I am so incredibly excited! I am also scared. I am scared of the hate I’ll receive, the things people I care about will say about me, and the violence.”

They continued: “As a white masculine, presenting person comes a lot of privilege, and I am still scared.

“I don’t want to make this all sad because I am so happy being me! Being fully myself lately has brought me so much joy! For the first time, I look at my body and I feel free.”