Shah Rukh Khan fans gather outside Mannat ahead of his birthday, carry placards and gifts | PHOTOS


Shah Rukh Khan’s birthday has been a very special occasion for his fans. Ahead of his special day, fans of the Bollywood superstar gathered outside Mannat in huge numbers to catch a glimpse of him. Some even carried placards, banners, photos and gifts for him. In pictures doing the rounds on social media, one could see that police were deployed to keep the crowing outside Mannat in check. On November 2, SRK will be turning a year older and the fans did not stop short of making this memorable for him in every way.

Fans of Shah Rukh Khan gathered in huge numbers outside Mannat before the clock turned 12. Photos from outside the Bollywood superstar show the craze for him. Some carried placards of him, some had big banners of his family pictures and others had with them, posters of his movies. Police personnel were seen controlling the crowd on the road as the scenes turned euphoric in Mumbai’s most popular celebrity spot. 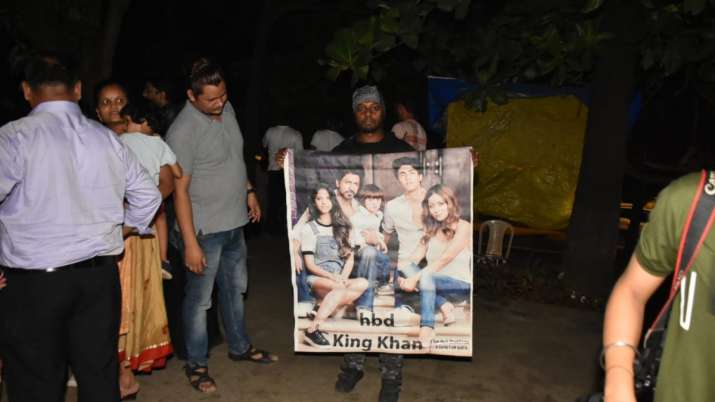 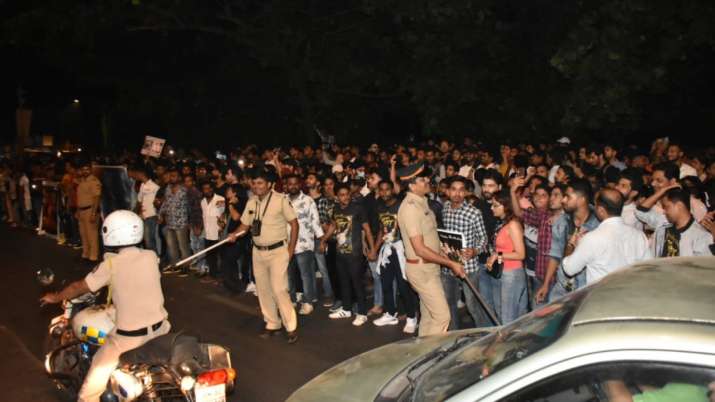 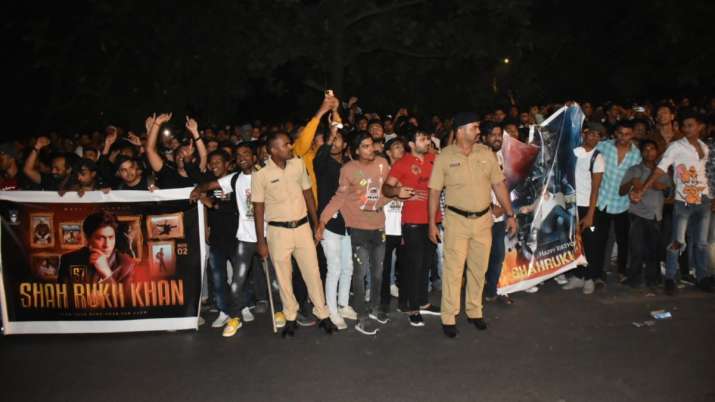 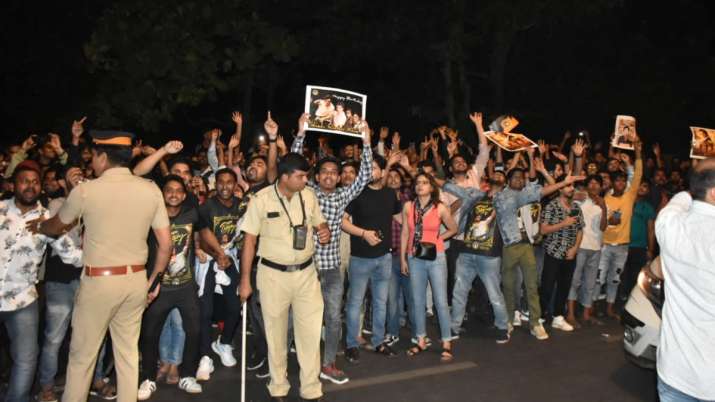 Pathaan teaser will be SRK’s gift for fans?

Shah Rukh Khan has been away from the big screens since 2018 release Zero. He made a guest appearance in two films this year- Rocketry: The Nambi Effect and Brahmastra Part 1. Now, fans have been waiting for a full-fledged role of his. In 20123, he will see three film releases: Pathaan, Jawan and Dunki. Pathaan, co-starring Deepika Padukone and John Abraham, is set for January 25 release and there is a strong buzz on social media that the teaser will be launched on November 2, marking SRK’s birthday. The movie will also feature a cameo from Salman Khan.

According to reports, the upcoming film revolves around a RAW Agent codenamed Pathaan, who takes on an ominous villain who is hell-bent on ripping apart India’s security apparatus.

Pathaan marks the fourth collaboration of Deepika and SRK after Om Shanti Om, Happy New Year and Chennai Express. This will the first time John will be seen sharing screen space with Shah Rukh.