A BULLYING probe into Meghan Markle has been slammed as pointless after sources revealed it will never be published.

The Queen paid for a law firm to investigate claims Meghan forced out two PAs in 2018, while other staff were left shaking with fear.

Critics have now quizzed why the investigation was even necessary after as the completed dossier will reportedly remain secret for confidentially reasons.

According to The Telegraph, one source raged: “what was the point?”

It comes after Palace staff were reportedly left furious the results were being kept “buried”.

Accusations the Duchess had driven two personal assistants out of her household surfaced last year – just days before Meghan, 39, and Harry, 36, gave their “shocking” and “tell-all” interview to Oprah Winfrey. 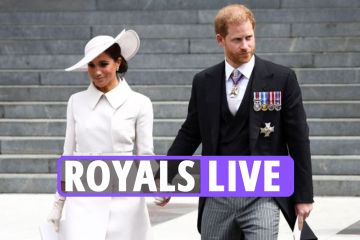 The Duchess of Sussex has vehemently denied any form of wrongdoing, while royal insiders claimed she caused “real stress and trauma” because of her behaviour.

Last year, Buckingham Palace said the findings would be included in the Sovereign Grant report, out last night.

But it did not appear and officials admitted it would not see the light of day, adding: “Lessons have been learned.”

Everyone interviewed by the investigation has been told the findings, it is believed.

A senior Palace source said: “We recognise that those people who participated in the review participated on understanding there would be confidentiality in discussions with an independent legal firm.

“We have a duty to respect that confidentiality.

“The objectives have been satisfied because lessons have been learned.”

Although the results of the inquiry are top secret, the investigation did lead to changes in Buckingham Palace.

Royal sources said the palace made adjustments “improving the policies and procedures” in its HR department.

Harry and Meghan were not invited to participate in the inquiry.