But fans have spotted a striking similarity with newbie Luca’s inkings and former One Direction star Harry Styles body art.

The fishmonger, 23, posed topless ahead of the launch of the new ITV2 dating series.

Luca has several tattoos across his torso and chest – including a butterfly inking at the centre, a pair of feathers and a rose.

It bares a striking resemblance to popstar Harry’s tatts, the British star revealed that he had a total of 60 tattoos, with one of the most prominent a large butterfly on his torso.

He also has a topless mermaid on his forearm, two swallows on his chest, an anchor on his wrist, a handshake, the bible, and a ship – to name a few. 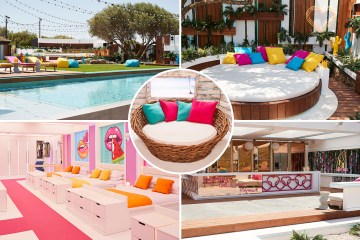 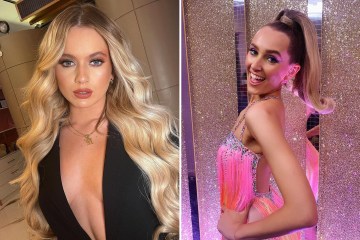 Harry has loving tributes to his family tattooed too, with his mum Anne and sister Gemma’s initials etched onto his body – plus Gemma’s name in Hebrew.

Fans were quick to spot the similarities, with one writing: “Luca’s tattoos are just like Harry Styles.”

Another posted: “The new Love Island contestant Luca has a butterfly tattoo a bit like Harry Styles.”

Although he may bare similar tattoos to the pop superstar, Luca is hoping to make a name for himself this summer.

Ahead of entering the famous villa: “I prefer to meet girls out and about.”

The Brighton boy added: “I think when you go looking for it, it’s not as easy though, it’s like you’re too desperate for it.

“If I think you’re the one or I like you, I’ll take you out on a date but other than that, if we talk and I don’t like where it’s going – then I won’t be throwing out dates.”

As long as you’re not throwing out fish.