HAVE certain Tory MPs lost sight of the world beyond Westminster?

If the chairman of the 1922 Committee, Sir Graham Brady, is seriously considering allowing leadership challenges every three months, it would seem so.

Having a year’s grace between moves to oust a PM prevents governments being plunged into an endless loop of plotting, paralysis and psychodrama — the last thing the country needs, especially in these trying economic times.

Meanwhile one rebel MP on manoeuvres against Boris Johnson, Tobias Ellwood, foolishly let the mask slip this week when he called for the UK to run headlong back into the EU’s clutches.

Any Remoaner subplot is a gift to the embattled PM, as even voters dismayed by Partygate will shudder at the prospect of reopening the Brexit schism that brought Parliament to a standstill. 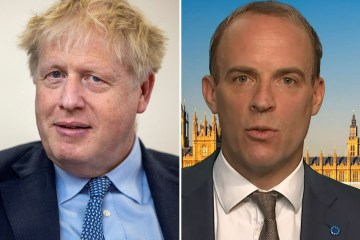 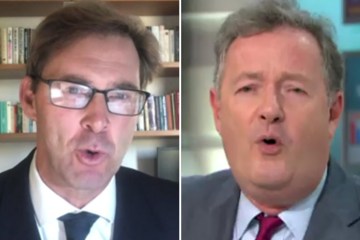 THE drop in atmosphere from Thursday’s jollity on the palace balcony to yesterday’s service at St Paul’s was palpable.

The absence of the Queen through discomfort after her previous day’s exertions cannot have failed to put a dampener on the royals’ mood.

But, sadly, there was also inevitable tension between William and Harry, after what has been a deeply difficult period for the brothers.

Many observers noticed there was not so much as a glance exchanged between their seats, and the Sussexes’ rapid exit to Frogmore Cottage afterwards instead of joining a family reception suggests relations are strained, at best.

The boos mixed with cheers that greeted Harry’s arrival at the cathedral will have also stung the once-popular prince.

Today, the celebrations move on to Derby Day — an event the Queen will no doubt watch on telly — and what promises to be a spectacular concert at Buckingham Palace.

After what was always bound to be the most tense day of the four-day Jubilee yesterday, there is lots to look forward to.

SO ingrained is our exposure to Ukraine’s suffering now that it feels surprising we have only just passed the 100-day landmark in Vladimir Putin’s deranged war.

The initial blistering shock of Russia’s savagery has long since been numbed.

But regardless of whether normalisation of daily atrocities dulls the public’s sense of outrage, Western leaders must not allow any blunting of their efforts to bolster Ukraine’s valiant defence.

If apathy and acceptance of the unacceptable gains sway, we will only be storing up an even bigger future threat.