WE all want our homes to feel clean and look fresh.

How to achieve that goal, however, is a challenge for some people.

A third-generation janitor and self-described “clean freak” named Brandon Plesheck, who goes by @cleanthatup on social media, has gained a following of nearly two million users on TikTok thanks to his videos that offer cleaning advice and organization tips.

He often shares links to his favorite products to help viewers keep their homes in tip top shape.

Recently, he revealed three of his favorite quick cleaning tips.

The first tip addressed those dirt-collecting tiles in your home. 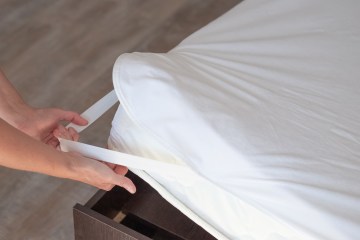 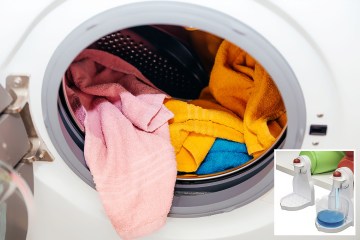 This serves as a DIY grout cleaner.

Simply take a sponge or brush, scrub the grout between tiles, and watch the mildew disappear.

Another area that attracts an abundance of dust is your ceiling fans.

Because they are so high up, the residue that gets trapped atop isn’t visible – which means it’s easy for us to forget or ignore them.

To remove this dirt without causing a dust storm in your room, simply take a pillow case and slide it down each blade so that everything lands inside the casing.

Brandon keeps one in his cleaning kit so that he’s never short.

The great thing about carpet is how cozy it is; the bad thing is how easily it gets scuffed up.

Brandon has a simple, free solution to remove those furniture indents from the rug.

He places a damp towel above the marking, steams it with an iron for 10-15 seconds, then removes the towel and grooms the carpet with a fork.

Viewers were excited to try out the hacks.

“For once I actually have the things mentioned. I’ll try and clean my grouts later,” one person wrote.

“Omg thank you for the furniture one!!! Old homeowners tv stand marks have been in the carpet for ages and always bother me,” added another.