IT’S a cooking “nemesis” for a lot of people.

And while there are hundreds of methods for cooking poached eggs, they rarely work – and often end up in a disappointingly runny white.

But chef Paul Foster claims he has come up with a method to make the “perfect” poached egg.

“Right, pan of water – do not add vinegar,” he said in a video on his TikTok page.

“Whatever people tell you, you do not need it. Pinch of salt.”

Then, get the freshest egg possible, at room temperature, and drop it into a sieve, which allows the watery bits of the white to fall off. 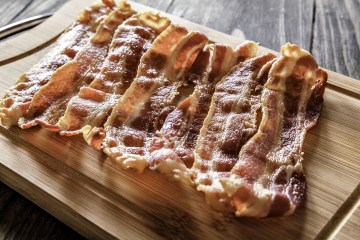 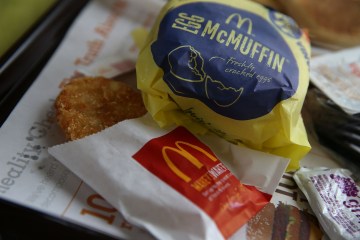 Bring a deep pan of water to the boil, and then turn it down to just under the boil.

“Give it a stir,” he continued.

“You don’t need to whisk it and create a vortex – the stir just helps it to move so that the protein can set and it won’t stick to the bottom of the pan and it just curls up lovely.”

Paul then set a timer for two minutes, adding that it “won’t be long enough” but he likes to check it at that time.

“Give it a little love, don’t walk away from it,” he advised.

“See how that water’s not boiling?

“There’s no vinegar in there, it’s not gone all scummy, it’s not going to taste like crap.

“Now I was shown, when I was a young chef, to use vinegar, but I have learned a better way – this is the better way.”

After two minutes was up, he used a slotted spoon to gently lift the egg out of the water and gave it a little wobble.

“Little bit raw on the egg white for me so another 30 seconds on the timer,” he explained.

“Don’t be tempted to turn it up and start boiling it.”

Once the 30 seconds was done, he wobbled the egg again and declared it looked “perfect”.

“Drain it off on some paper,” he said.

“Never put it straight on top of toast because it’s just going to make the toast soggy.

“And now’s your chance to just season it. A little bit of sea salt and cracked black or white pepper.”

Once the excess water had drained off, he put the egg directly onto the plate and used a knife to cut into it – with the yolk pouring out as he did so.

“You don’t need a microwave, you don’t need one of those stupid egg poachers – you just need a pan with some water with no vinegar in,” he concluded.

“That is a perfectly cooked runny yolk and a nice soft white.”

He was quickly praised by cooking fans in the comments section, with one writing: “love poached eggs, will definitely be giving this way a go.”

“That does look perfect,” another added.

And a third wrote: “Hey, thanks man, been struggling for years to get this right, just tried your method and it worked like a charm, cheers.”