TRIBUTES have been paid to a “bubbly” aspiring lawyer who was killed by a stranger just yards from her front door.

Cops have arrested a 29-year-old man on suspicion of murdering Zara Aleena, 35, in Ilford, East London.

Ms Aleena died from severe head injuries after she was attacked in the street while walking home from a night out with friends in the early hours of Sunday.

Friends and family have now told of their devastation – after locals in Cranbrook Road, where Ms Aleena was attacked, said they heard screams.

A cousin, who asked not to be named, told the Daily Mail Ms Aleena had been working at the Royal Courts of Justice as an administration officer while searching for a job as a trainee solicitor.

“She was a lovely person,” he said. 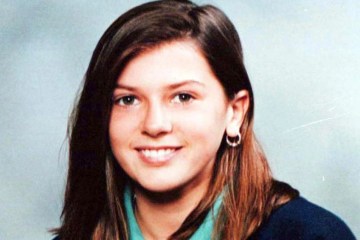 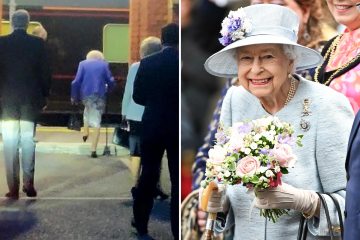 “It’s such a shock for the family.”

He called the law graduate “bubbly” and said she “brought life to the room”.

Friend Nadia, 42, said Ms Aleena probably decided to walk rather than getting a taxi because “nothing like that has ever happened here”.

“She was a gentle soul, she wouldn’t hurt a fly,” Nadia said.

“She wanted to become a lawyer so she could provide for herself and her family.”

Another friend said Ms Aleena’s parents are too devastated to speak.

Cops say she was attacked as she walked in the direction of Gants Hill Station. She died in hospital on Sunday morning.

Police and paramedics were called to the scene at 2.44am.

No weapons have yet been found.

Chief Superintendent Stuart Bell, who leads the Met’s East Area basic command unit, said: “We are keeping Zara’s family up to date with our progress.

“my heartfelt condolences are with them at this terrible time.”

He said Ms Aleena’s loved ones are being looked after by specialist officers, but added: “I cannot imagine the pain that they must be feeling right now.”

A cordon remains in place at the scene, close to Valentines Park.

The force is urging anyone who was in the Cranbrook Road area of Ilford between 2am and 3am on Sunday to contact them.

One neighbour said: “I came home about that time. We had just been to an Ed Sheeran concert.

She was lovely… she brought life to the room

“I heard screaming but I didn’t know whether it was a child or a fox.

I didn’t think much of it.

“It’s a shock because it at 2am it was still busy with lots of cars.”

Subhash, 60, who lives just off Cranbrook Road, said he was woken up by a helicopter at around 3am.

“It worries me a little bit that something like that is happening on my doorstep,” he said.

“It’s not just my daughter. It’s other daughters, other girls, other women in the area.”

Anyone with information or relevant footage is asked to call the police’s major incident room on 0208 345 3715.

Alternatively, you can contact the independent charity Crimestoppers anonymously on 0800 555 111 or online via crimestoppers-uk.org