FORMER EastEnders star Michelle Gayle was one of four celebrities to test her knowledge in House of Games.

Viewers of the game show were stunned to see the actress hadn’t changed since her last appearance in the BBC One soap.

Out of all the men she could have picked, fell in love with Steve Elliott.

But when the latter refused to be tied down and began to play mind games, Hattie soon had enough of his antics.

Devastated, she left the Square in 1993 to go to Norwich where she found a new love, never to be heard of or seen again. 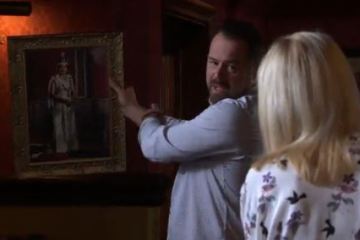 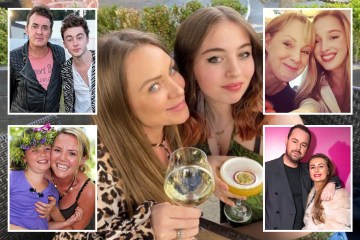 This was also known as actress Michelle Gayle’s last ever appearance in the soap as she decided to pursue a singing career.

While she never really strayed too far away from the small screen, appearing in Doctors and Holby City among other show and films, Michelle has more or less kept a low profile since her stint in Walford.

This week, however, she made an appearance in Richard Osman’s House of Games alongside James Cracknell, Maisie Adam and Rory Bremmer.

But as she tested her knowledge with her fellow contestants, Michelle blew viewers away as it seemed she hadn’t aged a day.

Fans of the game show swarmed over to Twitter, surprised by the 51-year-old’s youthful appearance.

“Wow, Michelle Gayle looks amazing on House of Games”, one viewer gushed before adding: “She’s 51 FFS. She looks half that age.”

Another one penned: “Michelle Gayle, just seen you on House Of Games. You look amazing!”

Everything you need to know about Eastenders

A third viewer tweeted: “Watching Richard Osman’s House of Games and Michelle Gayle barely looks different to when she was in Eastenders. Surely some kind of Hollywood style de-ageing camera trickery?!”

Aside from her acting and singing career, Michelle was seen taking part in the Eurovision – Your Decision contest in 2008 as she hoped to represent the UK for the European music competition in Serbia.

She came second in the public vote.

House of Games airs at 6pm on BBC Two.