TERRIFYING video shows the moment a huge white tiger stalks an unsuspecting little girl before he makes a giant leap towards her.

The powerful tiger is seen standing by the side of a pond when he spots the tot, before taking a powerful jump that sees the feline flying through the air.

It is not clear where the footage was taken, but a couple of tigers are separated from the little girl by a glass pane.

It shows the little girl wearing a colourful pink outfit looking away from the animal as she seems to pose for a photo, not realising that the feline has spotted her.

As she turns further away from the scene, the tiger crouches down to propel itself forward and jumps a few meters before landing centimetres from the little girl against the glass pain.

As the tiger gets closer to the camera, it appears as if it is already munching on something that resembles a fish. 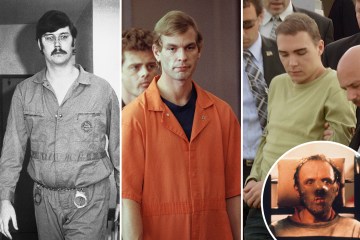 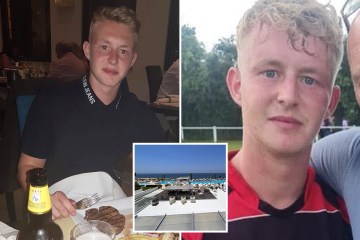 When she realises the tiger is extremely close to her, the little girl runs away, afraid.

The viral video has attracted a flurry of comments.

“It meant to attack the kid,” user Lidocaine wrote.

White tigers – which can be a pigmentation variant of Bengal tigers or Siberian tigers – can weight between 28 and 41 stone and can measure up to 10 feet.

While the little girl was lucky a glass pane came between her and the predator, other unsuspecting people were not so lucky.

In Mexico, a lioness tried to attack screaming tourists at a safari park by leaping over a safety trench.

In footage captured by a mobile phone, the lioness appears to spot a group of tourists before preparing to pounce on them as the Jeep full of camera-clutching tourists passes by.

But after several seconds the wild cat called Elsa suddenly jumps forward in a bid to clear the safety trench encircling her enclosure at the Star Biopark in Nuevo Leon.

Understandably alarmed, the tourists immediately howl in terror as they watch the lion jump towards them – but then fall into the ravine below.

When later examined by vets at the safari park, she was found not to be badly injured.

Authorities at the Star Biopark in Nuevo Leon in Mexico park say she is back in her enclosure.