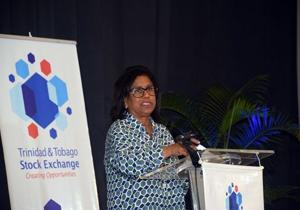 The Ministry of Trade and Industry (MTI) says it welcomes the decision of a High Court judge to dismiss a lawsuit brought by three foreign used car dealers who challenged Government policy on import licences for foreign used cars.

In a news release, the Ministry of Trade and Industry noted the decision of Justice Jacqueline Wilson on Thursday last week to dismiss the claim brought by Compulabs Solutions, Choice Rite Logistics and Box Shipping Services Company.

In its news release, the Ministry of Trade and Industry said it took note of the following salient points from the decision:

(i) The Court was satisfied that the decision made by the Minister of Trade and Industry not to revalidate the Claimants’ 2020 import licences in respect of foreign used cars which arrived in Trinidad and Tobago after the expiration of the import licences or to grant renewed import licences; was one which was open to the Minister to make in accordance with her powers under Section 3 of the Trade Ordinance and was therefore lawful;

(ii) the procedure adopted by the Minister was not unfair;

(iii) the Minister could have taken fiscal and economic matters into account in making her decision; and

(iv) the claimants’ assertion of legitimate expectation failed as there had been no clear and unambiguous statement by the Government that it would maintain the status quo that existed at the time when the Claimants entered the used car industry.

The Ministry of Trade and Industry issued a news release on December 1, 2021 to remind all foreign used car dealers and individual importers of used cars that the expiry date for licences to import used right-hand-drive motor vehicles was December 31, 2021.

The Ministry of Trade said it would not be revalidating import licences issued in 2021 to a date in 2022 for used right-hand-drive motor vehicles (sedans, station wagons and sports utility vehicles) which arrived after December 31, 2021.

The ministry reminded the foreign used car dealers that, since January 2021, the permissible age for the importation of used right-hand-drive motor vehicles was three years from the year of manufacture.