THREE Lions fans are crowing because France’s lucky cockerel mascot has deserted them.

French supporters reckon victory is assured if rooster Balthazar crows tomorrow morning — but they face defeat if he keeps quiet.

He was at earlier matches in Qatar but is now thousands of miles away on the Cote d’Azur after owner Clement Tomaszewski, 74, returned home with him.

He will be back if France get past England — but we still have Chesney Hawkes and our own Harry Mane.

The One and Only singer was adopted as a lucky charm when England beat Wales 3-0 after he sang on the pitch at half-time.

Nineties heart-throb Chesney, 51, said: “I’ll bring as much luck as possible to the England team. 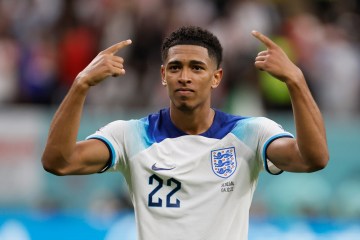 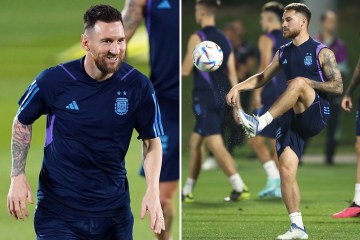 “Lots of players are superstitious so any lucky mascot that can help could be worth their weight in goal.

“Thankfully, I’m still here while Balthazar is all the way back in France.”

Clement, from Antibes in the South of France, hit back: “I may not be there but we’ll still win.

“We have the best players. I’ll be back to Qatar for the semi-final and final.”