EMILY Atack showed off her natural freckles she returned home from her sun-filled holiday in Ibiza.

The 32-year-old told her fans she had the “holiday of a lifetime” with her sister Martha in on the Spanish Island.

And during the trip, Emily treated fans to numerous bikini snaps as she soaked up the sun.

She has been seen enjoying boozy meals out, days on the beach and boat trips.

Along with enjoying the sun, Emily’s been taking in Ibiza’s famed nightlife.

She partied with BBC Radio 1 presenter Vick Hope – who recently got engaged to DJ Calvin Harris – at the Ushaia music festival. 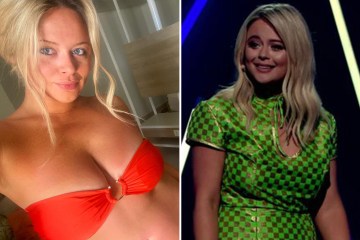 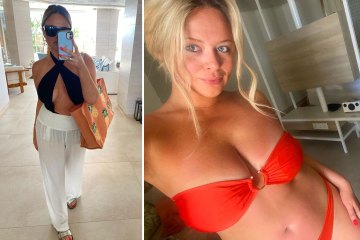 “All the fun was had,” Emily declared in a selfie with Vick.

Emily’s summer holiday comes as her comedy show returned to TV for a third series.

And it kicked off with a bang thanks to a with a routine about performing a solo sex act on herself.

Emily told the audience: “I always get excited about helping my mum decorate the tree, glaze the ham – it’s so nostalgic.”

“What really happens is I go to the pub on Christmas eve, get absolutely sh**faced, pull some guy I went to school with who’s had a glow up. Come back and my mum is screaming at me and my siblings for knocking over the tree.”

“But in the morning it is nostalgic, it really is – because I’m w***ing in my old room again.”