As Jon Heyman first reported, the Cubs have reached an agreement with outfielder Cody Bellinger. Jeff Passan added that it’s a one-year deal for $17.5 million, which is less than Bellinger had been projected to earn through arbitration prior to the Dodgers’ decision to non-tender him.

Outfielder Cody Bellinger and the Chicago Cubs are in agreement on a one-year, $17.5 million contract, sources familiar with the deal tell ESPN.

Going for one year was the plan for the former Rookie of the Year and MVP, who turned down multi-year offers in an attempt to rebuilt his value in preparation for what could be a much bigger contract next year. This is notable for another reason, as Bellinger is a Scott Boras client and Boras has been crowing about the Cubs’ willingness to spend.

I don’t think the super-agent would be waxing poetic about Tom-Tom drum just because the Cubs wanted to give Bellinger a slice of cheese, so there could very well be a lot more cheddar headed to another member of Team Boras. Maybe Xander Bogaerts or Carlos Correa.

Whatever happens with those players, the Cubs just made a big upgrade to their defense in center with a left-handed hitter who has huge upside if he rediscovers his swing. Bellinger has struggled at the plate for the last three seasons and has been terrible for the last two, possibly because he’s developed poor mechanics following surgery to replace a dislocated shoulder.

Bellinger is from AZ, special trip to get better? Matt Carpenter did the same thing last off-season https://t.co/OGfVASMdiJ 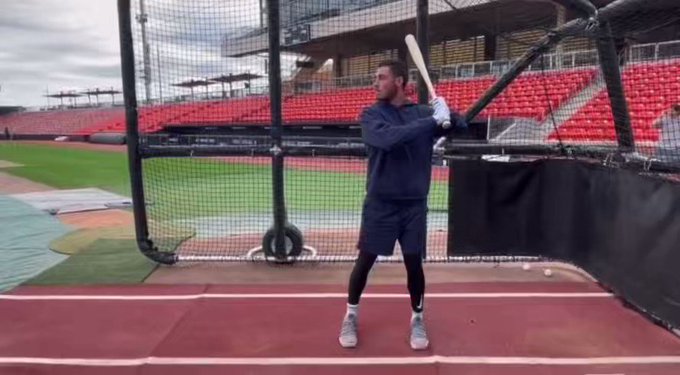