THE Britain’s Got Talent audience break down in tears tomorrow night as the son of a former winner appears on our screens ten years after he made the judges cry.

Back in 2013, group Attraction – founded by Zoltán Szűcs in 2004 – wowed judges and viewers at home with their incredible act.

They beat Jack Carroll to the top spot and ended up winning the seventh series of the popular programme.

One of the performers from Attraction’s child is making their debut on the show tomorrow.

Martin and the rest of Attraction Juniors will pull on both the judges, and viewer’s heartstrings with a performance that highlights the important issue of bullying. 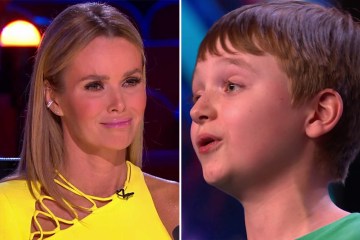 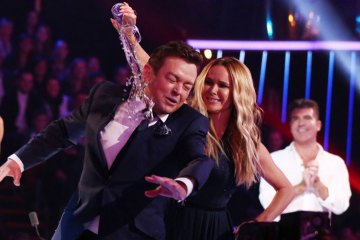 As the live audience watch on, many can’t contain their emotion and are reduced to tears.

Attraction first shot to fame in 2012 when they performed at the London Olympics.

A year later they took part in Britain’s Got Talent and were crowned winners.

In their initial audition they acted out a story of a couple from Stonehenge who welcomed a baby into the world.

But their world came crashing down when their child sadly died.

In their other performances they acted out other touching family stories.

Although that the time there were 12 members, only eight performed on the show.

Since then they’ve appeared on Ant and Dec’s Saturday Night Takeaway, and a TV advert for Swinton Insurance.

They also returned to our screens in 2019 for BGT: The Champions.