US President Joe Biden has accused oil companies of “profiting” from Russia’s aggression in Ukraine and has threatened to introduce legislation imposing a windfall tax unless oil companies increase production.

His comments come days after oil and gas producers including ExxonMobil and Chevron reported huge profits and about a week before the crucial midterm elections when gasoline prices put fellow Democrats on the defensive. It was

“Companies with such historic windfall profits in wartime have a responsibility to act beyond the narrow self-interest of management and shareholders,” Biden said.

“They have an opportunity to do that, and they drive prices down for consumers.

“Their profits are the windfall of war, the windfall of a brutal conflict that is devastating Ukraine and hurting tens of millions of people around the world,” Biden said.

The president said his administration will work with Congress to develop potential policy responses. It’s time to give yourself a breather and still get along.”

Mr. Biden has repeatedly called on producers to use their profits to invest in more production. But Wall Street has been pressuring oil companies to return cash to shareholders instead.

Gasoline prices in the US hit record levels this summer, exceeding $5 a gallon. Although it has since fallen, it remains more than 60% higher than when Biden took office amid robust oil consumption and global supply constraints.

Ahead of next week’s midterm elections, Democrats risk losing control of both houses of Congress.

A bill to impose a new tax on the oil industry is unlikely to pass, especially if the Senate is divided. Democratic lawmakers had previously proposed a windfall tax on oil company profits, but the proposal was met with dispassion by the oil industry. 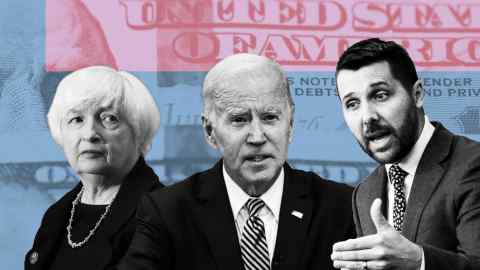 The American Petroleum Institute lobby group described the president’s remarks as “campaign rhetoric” and said the tax hike could backfire.

“It’s not the oil companies that set the prices, it’s the global commodity markets,” said Mike Sommers, CEO of the American Petroleum Institute. “A tax increase on America’s energy discourages investment in new production, which is the exact opposite of what is needed.”

Exxon CEO Darren Woods said Friday, “There has been debate in the United States about our industry returning some of our profits directly to the American people. In fact, it’s exactly what we do. That’s what we do in the form of quarterly dividends.”

The administration has taken steps to bring down fuel prices, including record releases from the U.S. Strategic Oil Reserve. Biden said plans to replenish reserves at prices of $67 to $72 a barrel should undercut prices and give oil companies confidence to drill more.

More than 6,000 flights have been canceled so far this week